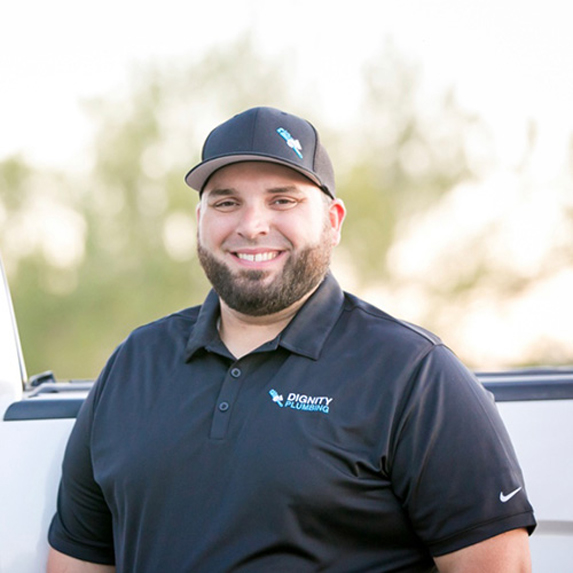 Kenny was born and raised in Las Vegas and is the fourth generation of his family to embark on the construction industry. He doesn’t remember a day when he didn’t want to be in the construction trades. As a little kid he remembers everyone going to career day in school as a lawyer, doctor, athlete, cop or something along those career paths. Kenny would wear jeans, boots, a hard hat, his dads tape measure and an old radio and go as a construction worker. Upon graduating high school early, he went through an additional four-year schooling program to obtain his journeyman’s status. Kenny moved up to a supervision role early in his career and managed large-scale casino projects. He ventured out on his own to start a residential and small commercial general contracting business, and eventually a commercial framing and drywall business as well. During his time in construction, Kenny encountered constant plumbing issues. With a desire to problem solve and provide the city with an honest plumber, he started Dignity Plumbing. He hopes to continue to open trade businesses with plans of continuing to better the Las Vegas community. 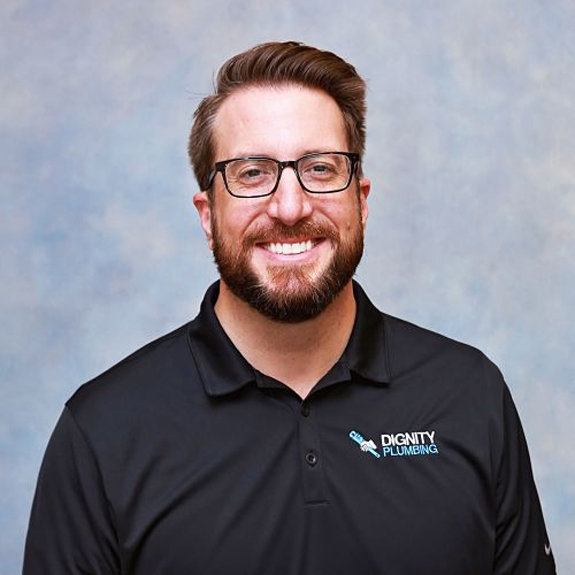 Jason Manwaring was born and raised in the small city of Lodi, California before spending time in Galt. Upon graduating high school, Jason moved to Salt Lake City where he attended the University of Utah. There he studied dual majors and received his Bachelor’s Degrees in both History and Political Science. Looking for a change of pace, Jason moved to Las Vegas in 2006 and began his career in sales. Most recently, he spent the last seven years working at a paint and coating manufacturing company. With a proven track record, Jason has joined the Dignity team in hopes to utilize his immense sales experience to build and maintain everlasting relationships with our customers throughout the community. 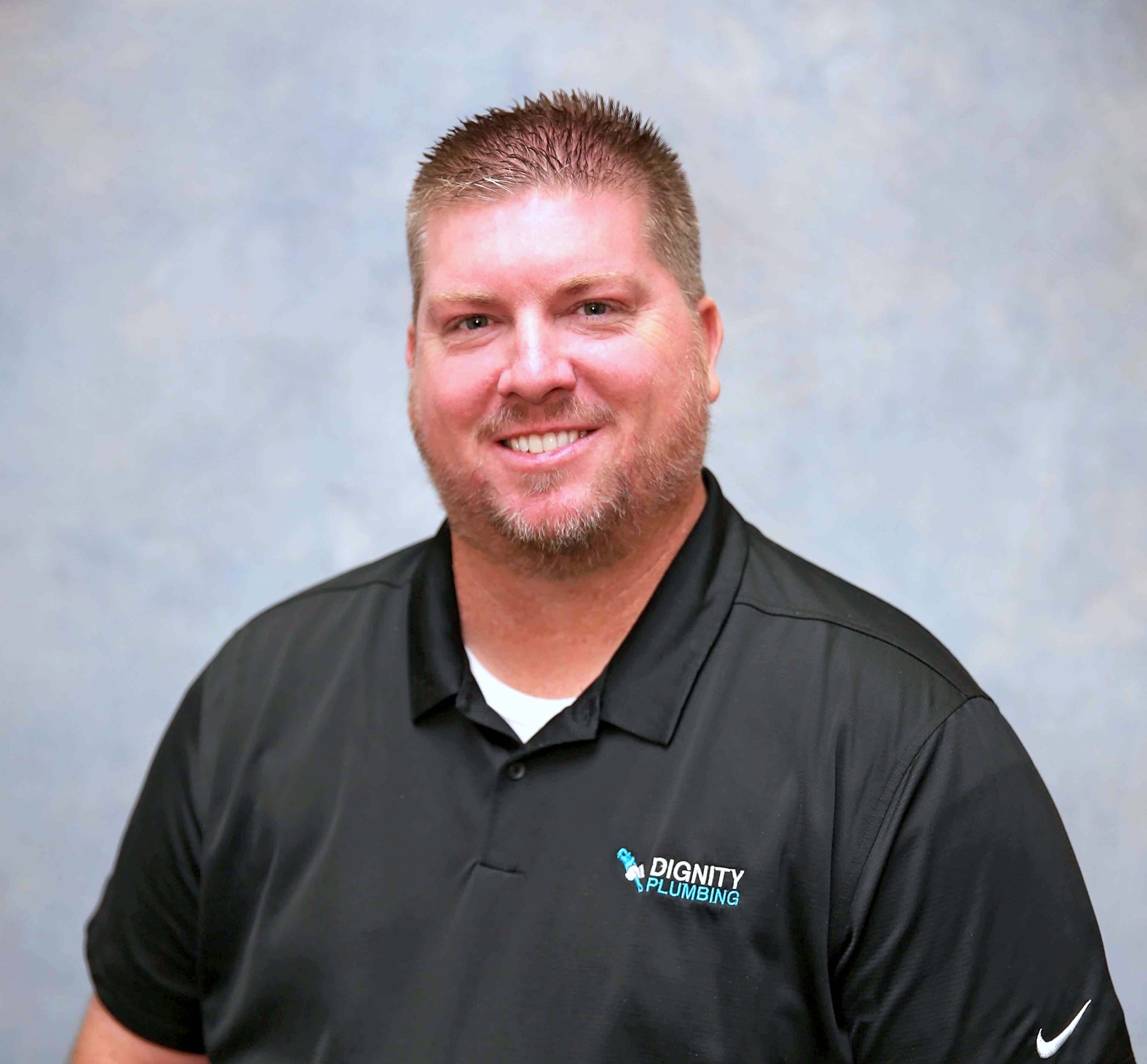 Growing up in Flagstaff, Arizona, Scott Kellogg found himself driven to learn the ins and outs of multiple service industries. After moving to Las Vegas in 1995, he spent several years working in the construction industry before dabbling behind the scenes of golf. Currently, Scott has spent the last 17 years in the plumbing industry, with nine of those years specializing in residential plumbing and an additional eight years in plumbing supply. When asked what keeps him devoted to the plumbing industry, he said that he loves working in a position that no matter how many times you may do the same job, it is never actually the exact same. Scott looks forward to growing with Dignity Plumbing; a company that he says truly loves their customers and employees. 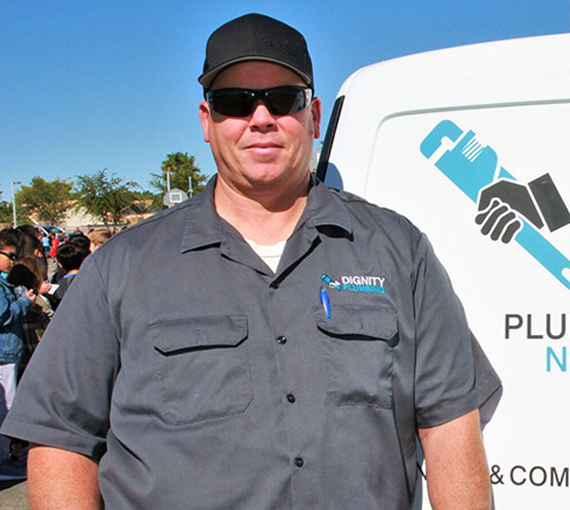 Scott moved to Las Vegas in 2001 and immediately embarked on his plumbing career. He was recruited to a local plumbing union in 2006 where he obtained his journeyman’s license. Scott began working at Dignity Plumbing in 2017 and specializes in both residential and commercial plumbing as a plumbing technician. He has worked on multiple large-scale projects on the Las Vegas strip such as City Center and the Fontainebleau. 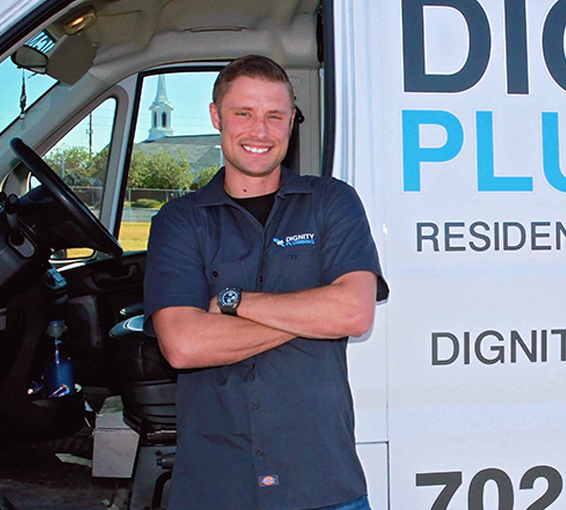 From Fort Walton Beach, Florida, Jonathan Reed has spent many years perfecting his knowledge of plumbing. At the ripe age of 17, he began his plumbing career mostly working on new construction custom homes before testing the waters of other industries. Jonathan went on to work in retail, fast food, and hardware stores before venturing back in to the world of plumbing when he moved to Las Vegas in March of 2018. He loves the art of plumbing and enjoys interacting with people every day, providing them with a service they cannot live without. 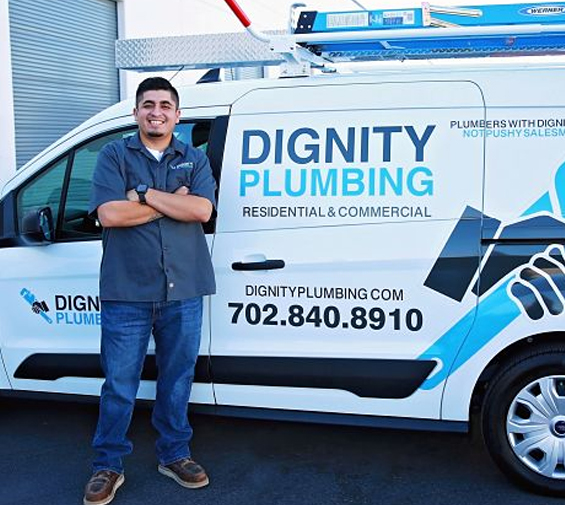 Antonio Villagrana is a Las Vegas native and has always taken pride in serving his community. He has spent the last four years in the plumbing trade, learning all the new and best techniques to provide our customer base with the ultimate experience. He is also bilingual, speaking both Spanish and English, allowing him to break any potential language barrier we may encounter. Antonio is a hard worker who is always eager to get the job done right, in sync with the mission of Dignity. 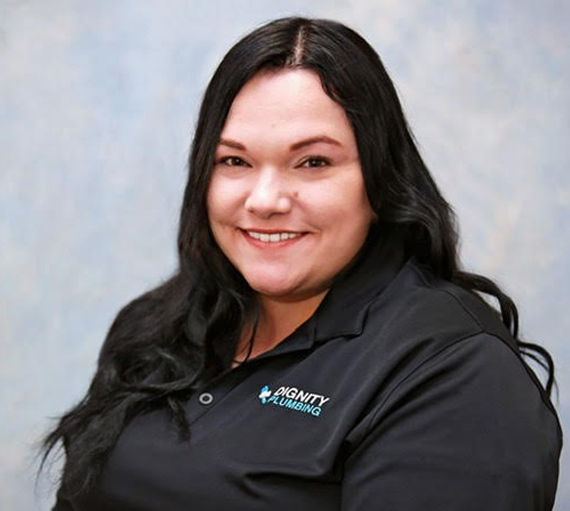 As a native to Las Vegas, NV, Liz has spent most of her career with a major financial institution before switching gears to retail management where she worked for the last five years. She joined the Dignity team with hopes to learn as much as possible about plumbing and to grow with a company that values honest work. In her free time, she enjoys playing chess with her husband and making memories with her three amazing kids. Liz’s favorite place is Disneyland and chances are that if she is not in the office that is where you’ll be able to find her. 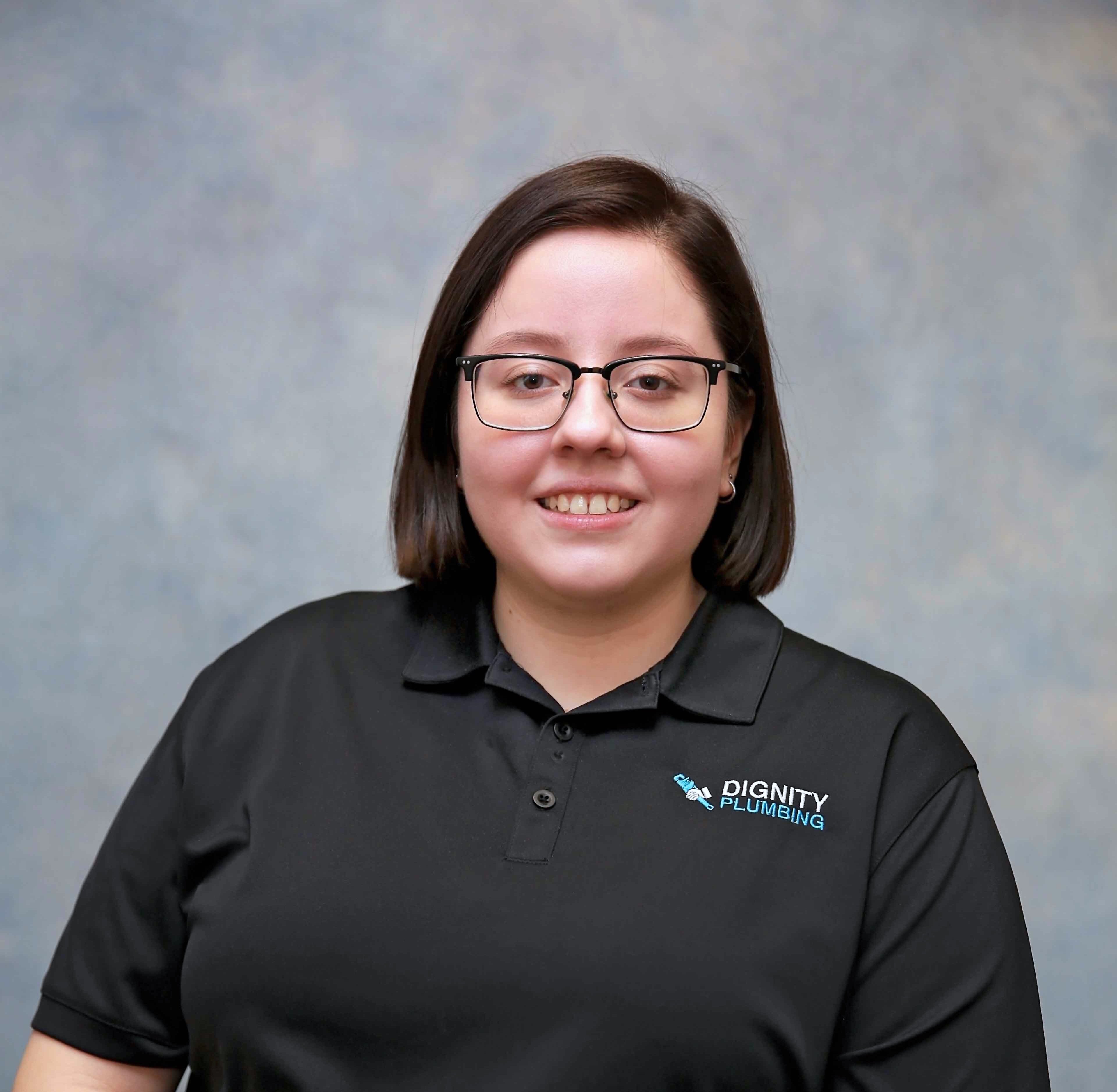 Native to no other town but Las Vegas, Lissette has become quite acquainted with all things local. She graduated from the College of Southern Nevada High School in 2015 and then began to work at the Disney Store. Lissette went on to pursue her degree at CSN where she also worked as an office assistant through the school’s TRIO program. Despite having vast experience in a wide range of professions, this is her first time working in anything plumbing related. She is learning a lot and is excited to grow with the company. In her spare time, she finds herself listening to music and attending concerts any chance she gets! 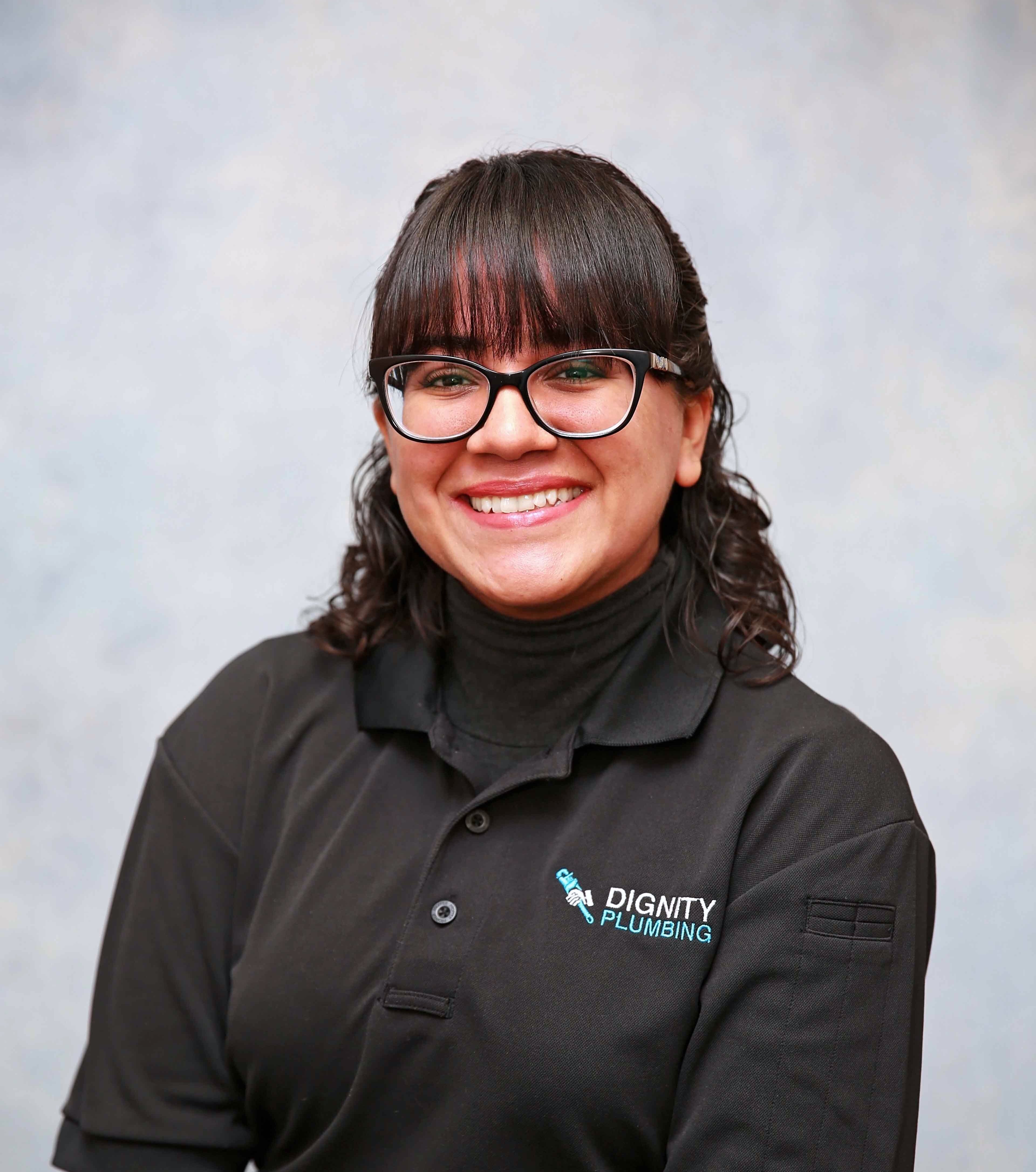 Originally from Lake Havasu City, Arizona, Bri is one of our newest dispatchers on the Dignity team. She has been in Las Vegas for 10 years where she graduated from the College of Southern Nevada with an Associate’s Degree in Theatre Arts. Having always worked in retail, Bri decided to switch gears and take on her first office job. In her spare time, she loves to watch movies and television shows and makes time to binge-watch on the weekends. She also enjoys fashion and playing video games, especially the Legend of Zelda. 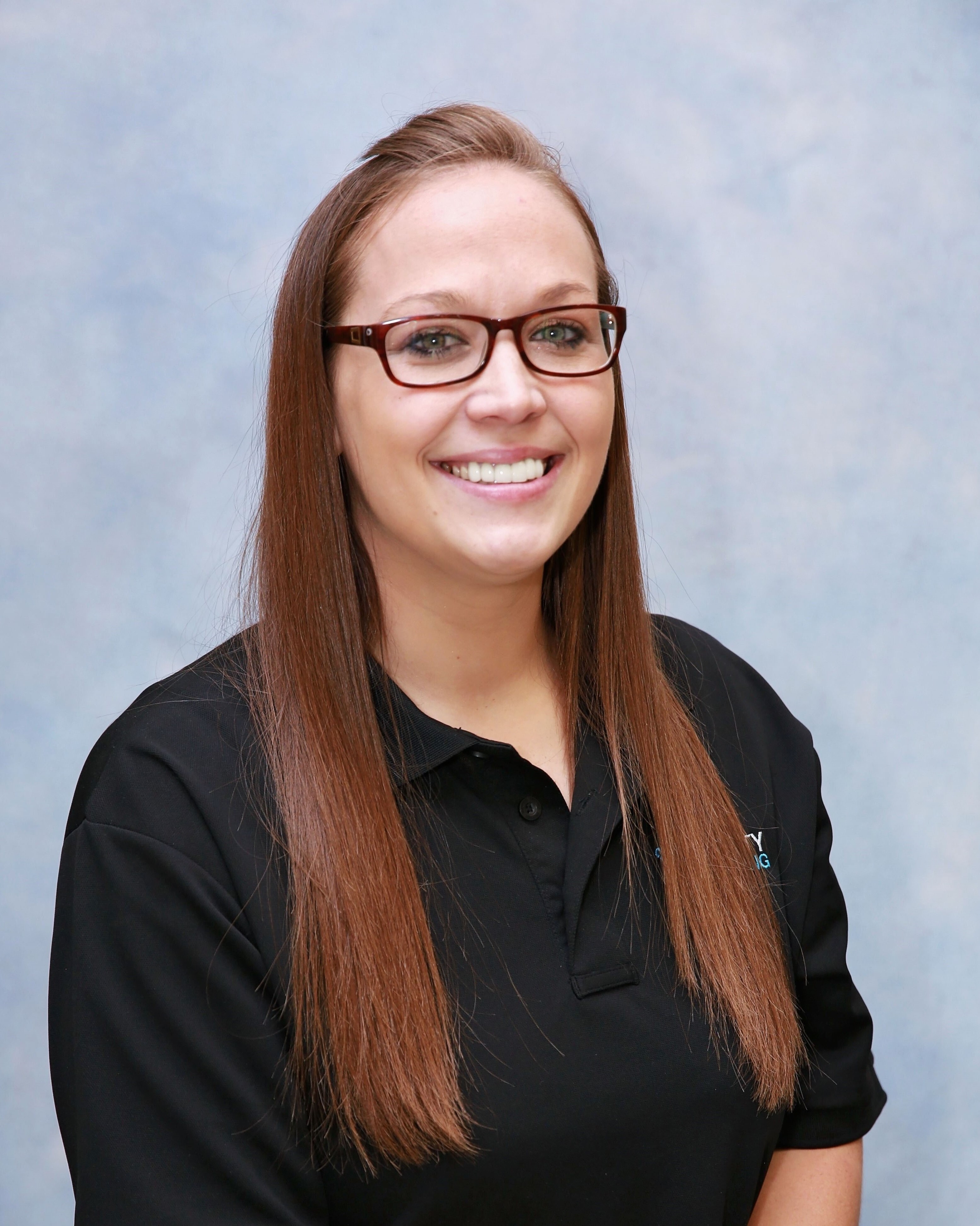 Amber was born and raised in Las Vegas and graduated from Mojave High School in 2004. She spent some time living in Utah but has called Vegas home for the majority of her life. Amber has spent most of her career in customer service and takes pride in being a passionate and performance-driven professional. She spent five years working at Subway where she earned the position as Supervisor. Prior to that, Amber spent five years working at a dental office coordinating with insurance companies for payment and coverage. In her spare time, Amber enjoys hanging out with her friends and family. She played soccer and volleyball in high school and still loves sports. Amber's goals align with ours at Dignity in that she is looking forward to growing with a company that focuses on their employees and maintains a high standard of service.